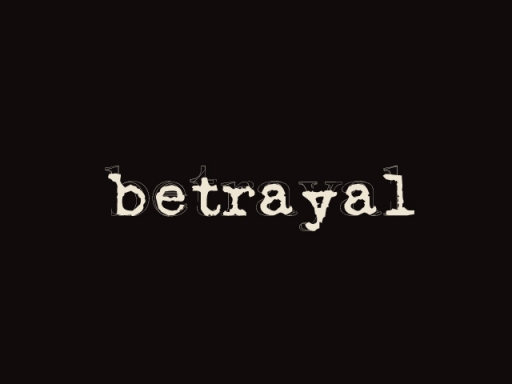 “And the Lord turned and looked at Peter. Then Peter remembered the word of the Lord, how He had said to him, “Before the rooster crows, you will deny Me three times.” So Peter went out and wept bitterly.” Luke 22 v 61-62 NKJV

Since reading the passage above yesterday I just haven’t been able to shake the words “And the Lord turned and looked at Peter” out of my mind or my heart.

Betrayal is a horrible thing – on the giving or the receiving end. In this case it may have been worse than most. Peter had just, a few short hours before, been told that he would betray Jesus. For me, I didn’t know I would betray my friend that day so it was a painful shock to me as well when it happened. I would have cut my tongue out instead of saying those few agony causing words. The pain I felt from betraying someone I love was very deep. I can’t imagine how Peter felt.

Reading the verses before this one, it looks like Peter didn’t even realise what he was doing as he denied Christ (just like me). It wasn’t until the Lord turned and looked at Peter that it hit home what he was doing in that moment.

Peter was a fisherman. He was tough. He was a man’s man. He didn’t cry. And yet one look from Christ was enough to bring on bitter weeping.

I’ve been pondering, what was in that look. Was the message in Jesus’ eyes one of a betrayed friend? Was there hurt and pain? Or sorrow? Or maybe, just maybe, being our Creator and Saviour, was it a look of love so deep and forgiveness for sins not understood? I’d like to think that love would have been pulsating through any other emotion as Jesus knew Peter’s heart and cared about that more than his actions.

It says so much about Jesus and His love that while standing there dirty, sweaty, bloody, tired and stressed, knowing he was about to face false accusations, beatings, a flogging and crucifixion, that He cared enough to take the time to hear Peter’s words and then turn and look at him, to address the issue in the moment. It takes deep love to show love for Peter while in the space where Jesus was in at that moment.

This begs the question – if Jesus was in this room and turned to look at me, at you, right now, what would be in His look?

What Do You Expect?

6 thoughts on “Eyes of Betrayal”

Do you agree? Add your thoughts to the discussion. Cancel reply